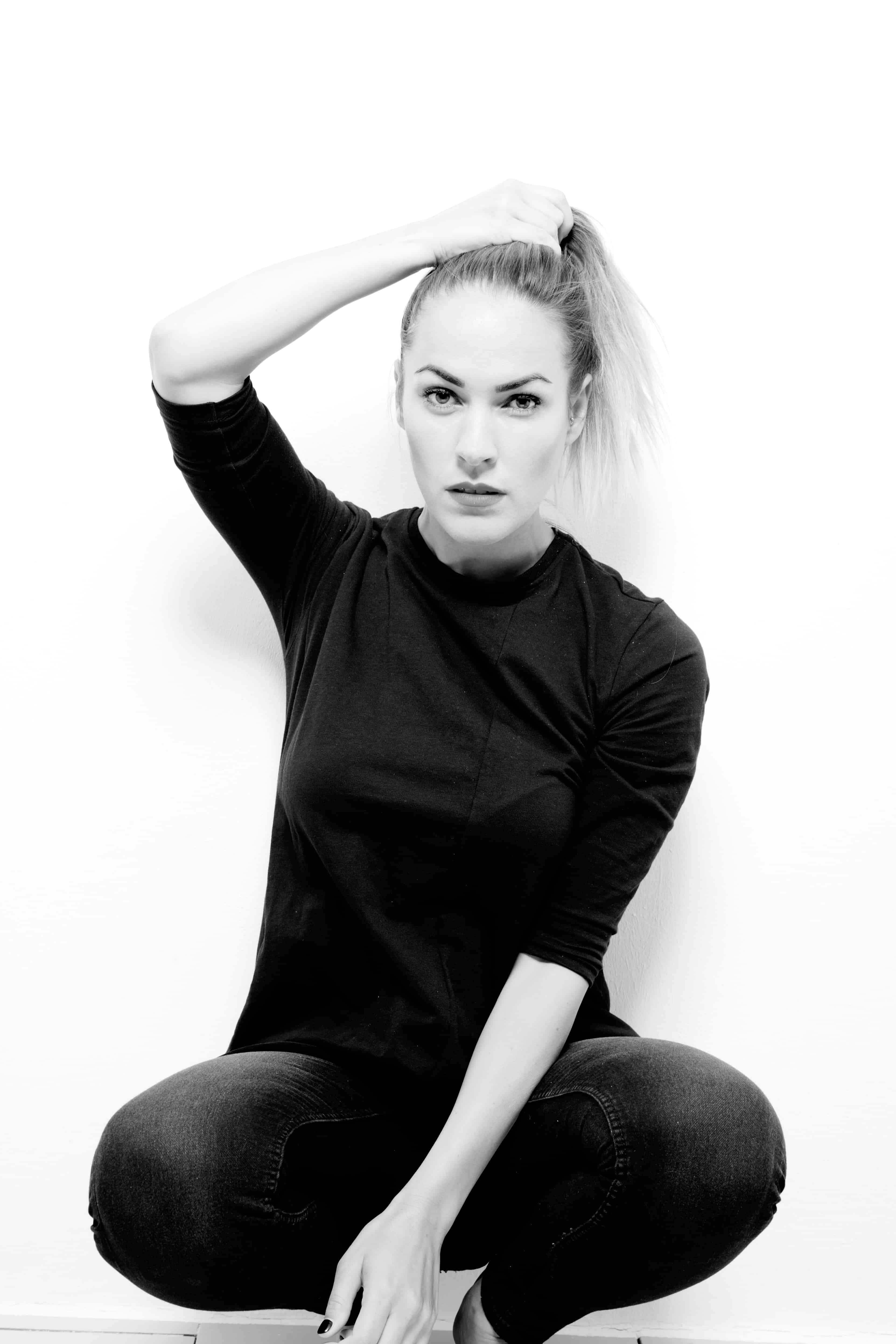 Risen from the deep & dark woods of the Harz in Germany, charming lady Pretty Pink made a serious way through the steaming and raging international club zone to manifest her belief in the very finest tunes of Nu Disco, Deep and the most unique secret selection of House music. Her shows quickly turned her into a rising pink star on the horizon of sound and grew her to a fairly well known artist within the Germany. Combined with years of professional jetset, talented Pretty Pink embodies tasteful sound with a twist of madness that can seriously lift your crowd and parties on a new level. Viralbpm sat down with the beautiful workaholic producer and the nicest design master we have ever seen going mad on the decks to talk about her online presence, future plans and own label Wanderlust music.

V1. Since you are pretty active on social media, we had to ask about your excellent podcast “Deep Woods”. It’s super successful as an podcast, but also as a social media live event. Episode 18 had more than 400,000 views, so what do you think is the secret behind this success?

Pretty Pink: It is true that I’m very active as in DJ on all social media. I take care about my Instagram, YouTube, Facebook & Soundcloud, it always connects me even more to the people that is what I like. So when I start off, I thought how can I get my music out there even though to people who don’t know me yet. All the social media channels are very good platform to present the music and your normal life around.

So I was asking myself how can I involve the people more in my music and show them what my definition of deephouse is. At the Amsterdam dance event two years ago I was invited to Facebook headquarters and they showed me the new feature with Facebook Live, they told me I should use it, so my thoughts were how can I use it as a DJ properly and I came up with the idea of my own livestream Session called #DeepWoods, meanwhile on Sunday, so my audience can relax from the weekend with some easy deep house tunes.

The first set I did two years ago in February and it was really amazing I hit 10,000 viewers at one time and again me a lot of fans on the fan page. It was such a new thing that this first podcast almost got 2 million views. So I was really curious about it and energetic. Today Facebook change something about the reach but I’m still enjoying it and I still have a lot of use on it every week. I think the secret behind it was that I started really early, I had a good concept and the people enjoy my sound. I’m really graceful about my listeners and I always prepare new stuff for them.

V2. Aside from the online presence, could you describe your feelings after watching your songs get signed by huge labels like Universal and Armada? Would you say this is the typical “I made it” feeling an artist gets from time to time?

Pretty Pink: The first time I signed a big record deal I was really excited about it and curious. I thought now I can which everybody with my music, but it’s still not saying “I made it” I always feel that there’s so much more to achieve. Every Track needs a good label which puts really good promotion on it and really trust in the song to work it. My experience is that, only two signed a good record deal doesn’t mean that your songs will fly away.

V3. What do you have in plan for the upcoming months? Any exciting release or collaboration you could reveal to us?

Pretty Pink: In the last two months I was planning out my own label, because I really wanted to be strong on this side too. I found it ‘Wanderlust’ The name fits good to my whole story, I’m coming from a small wooded area in middle of Germany and my podcast series is already named #Deepwoods. On this label I want to feature my own tracks and songs of other upcoming producers in the deep house genre. The first release is called ‘REPEAT’ and I’m really proud of this song because I gave my own voice to it.

V4. How did you start recording your own songs and solidifying your sound in a more Deep House artistic area? How would you describe your own sound and style?

Pretty Pink: Actually it took me a long time, almost 6 years after started DJing. back then it was not so important to have own songs, I was playing good vinyls of other DJs and a loved it, but the wish to play my own music was growing. So I was starting off with some tutorials on the web to get something going in the production way. Even though I was always trying and I’m really proud today that I also try to sing on my own stuff.

I think the main key is to just try yourself out and then your sound will develop anyways. Find some friends that have the same interest with you and you can work together. I would describe my own sound very mystical melodic deep house with atmospheric synth, very danceable and I always try to get the people a smile on the face with the music.

V5. Pretty Pink you are from the Harz Mountains in Germany, a beautiful place. We have also a strong relationship with Germany, which is a country that has a strong electronica vibe when it comes to music, with a strong club scene present in cities like Berlin. Would you say that your surroundings have inspired you as an artist, to become successful electronica producer and Djane?

Pretty Pink: Of course I think that my surrounding has inspired me a lot that. I grew up in this beautiful area with the woods as an really big inspiration for me. I can clear my head, dip totally in the nature and on the other side it has also a very big underground club and event history. My whole project and sound is very based on this homebase area feeling like Wanderlust & Deep Woods. One reason I started of my career was because my friends had an underground event and they were looking for somebody who plays in front of the famous DJs. Honestly I can say that growing up in this kind of area in Germany help me out a lot to start my career.

V6. How do you spend your time when you’re not recording in the studio or performing somewhere in the world?

Pretty Pink: I’m almost working 24 hours for my career to improve my music, travel a lot more but this is a good thing because it’s my hobby. Besides that I also love to go to the gym getting fit for my shows or walking with my little dog in the woods, reading business books I think I do pretty normal things.