Lugui and Pedrão are the young DJs and music producers behind the Cat Dealers project, which has become one of the biggest names in the electronic scene today, having presented itself from north to south of Brazil, adding up to more than 40 million streams on your Youtube channel, plus millions of streams on Soundcloud, Spotify, Deezer and other streaming platforms.

His first major success was the track “Your Body”, released in March 2016, and currently has 22 million streams on Youtube alone. Even “Your Body” has figured for months in the Shazam Top 20 in Turkey. The track has been performed to exhaustion by the biggest names in current Brazilian electronic music, including Alok, Vintage Culture and Felguk. His most recent release, the track “Gravity” (https://www.youtube.com/watch?v=3WG0T2RU6tQ), signed with Sony Music Brasil, collaboration with duo Evokings and vocals of singer Magga, started on the right foot : there are already more than 2.5 million streams in Spotify, reaching position # 5 of the Top 50 Virals Brazil, besides position # 28 in the Top 50 Virgins of the World.

The superstar Alok is one of the great early supporters of the track, since the vineyard running in his sets before the launch. In addition to the tracks, the duo Cat Dealers produced remixes for world-famous dance music such as remixes for Kungs hit “This Girl” and “In The Morning” by international star Zhu. The biggest clubs in Brazil have already had presentations from the Cat Dealers, including Green Valley, Belvedere, Clash, Matahari, Maori, El Fortin, Sirena, Thale Club, Cafe De La Musique, Move Club, among many others. In December 2016 alone, 18 concerts were performed all over Brazil. The Ultra Brasil festival in Rio de Janeiro (RJ) featured a vibrant and energetic show from the duo, which performed on UMF Radio in October 2016. In addition to Ultra, the Cat Dealers were the attraction of the Kaballah Festival at Green Valley in Balneário Camboriú (SC), night that had record of public of the house.

The duo is also participating in the 2017 edition of Rio Music Carnival, the renowned electronic music festival that plays during the Carnival of Rio de Janeiro, as well as being confirmed in new editions of Kaballah and the itinerant festival Só Track Boa. Cat Dealers represent the strength of the new generation of Brazilian electronic music, with modern and exciting musical productions, energetic shows and lots of charisma with fans.

After remixes from Joe Stone, Friend Within and Gattüso, here’s another exciting addition to the remix package of Sam Feldt’s global hit single ‘Post Malone’ (feat.

What a year it’s been for Brazilian duo Cat Dealers. The Rio de Janeiro natives have already breezed through four releases in 2019 and barely a

One of Brazil’s hottest dance music exports Cat Dealers are back. Teaming up with their Mexican counterparts Artelax to unveil ‘So Sexy’, a bouncy dancefloor

Riding high on the global success of their collaboration with Bruno Martini and Joy Corporation for ‘Gone Too Long’, brotherly duo Cat Dealers return to 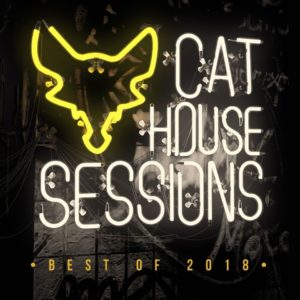 Wrapping up another immensely successful year of releases and tours, Brazil’s biggest electronic music duo celebrate another year of monumental music with a special edition 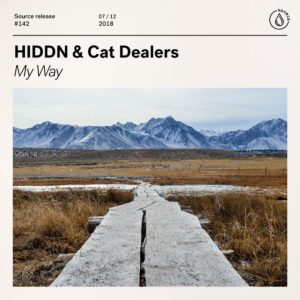 Riding high on the global success of their singles “Wanting You” and “Keep On Lovin.” Brazil’s brightest electronic dance music duo, Cat Dealers, join forces with